Our Spring performance is usually a concert (Soiree) which is presented less formally in a cabaret type environment with the audience sitting at tables.

The cast normally serves the audience a light buffet in the interval and there is a pay bar for drinks. Raffle tickets can be purchased before the show or during the interval. It thus serves the Society as a fund raising event. 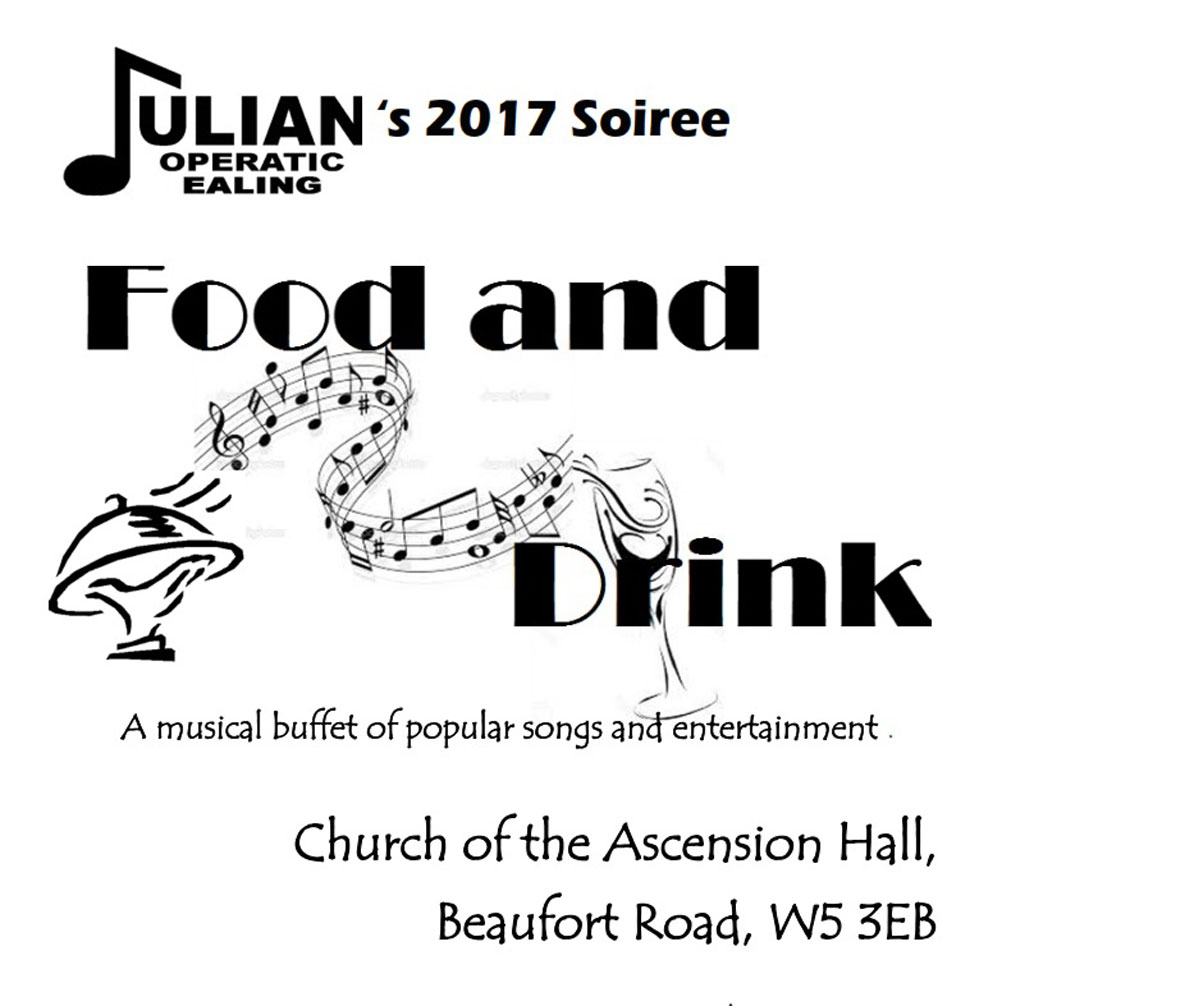 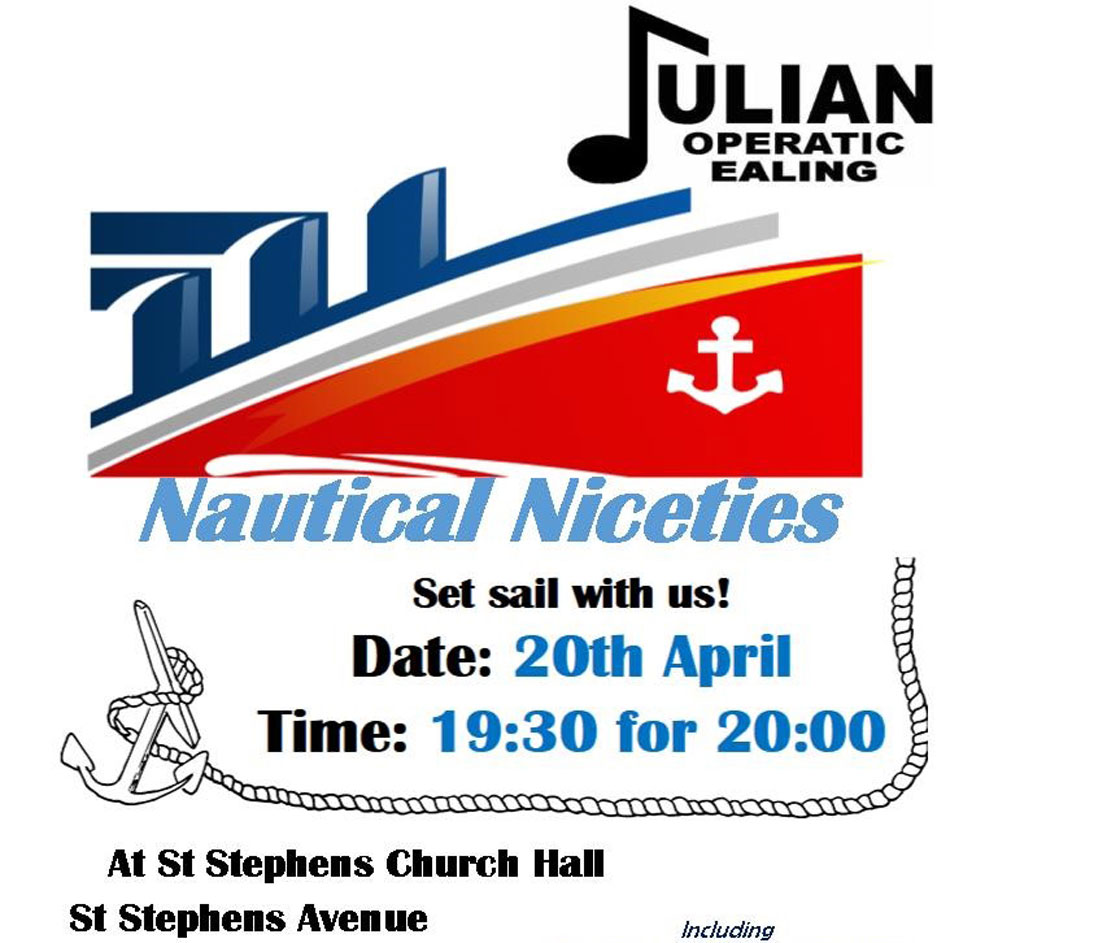 The concerts can be whole shows such as Cox and Box/The Zoo/Trial by Jury or a series of songs or numbers related to a theme (for example "By George" our 2014 Soiree). This provides the group with opportunities to sing non G & S repertoire such as modern musicals or old time music hall. The programme of our 2008 concert "Celestial Delights" is shown below.

Our 2014 Soiree was called "By George" and devised by Debbie Edwards. It featured numbers such as The Viola Concerto by Georg Telemann and Habanera by George Bizet. 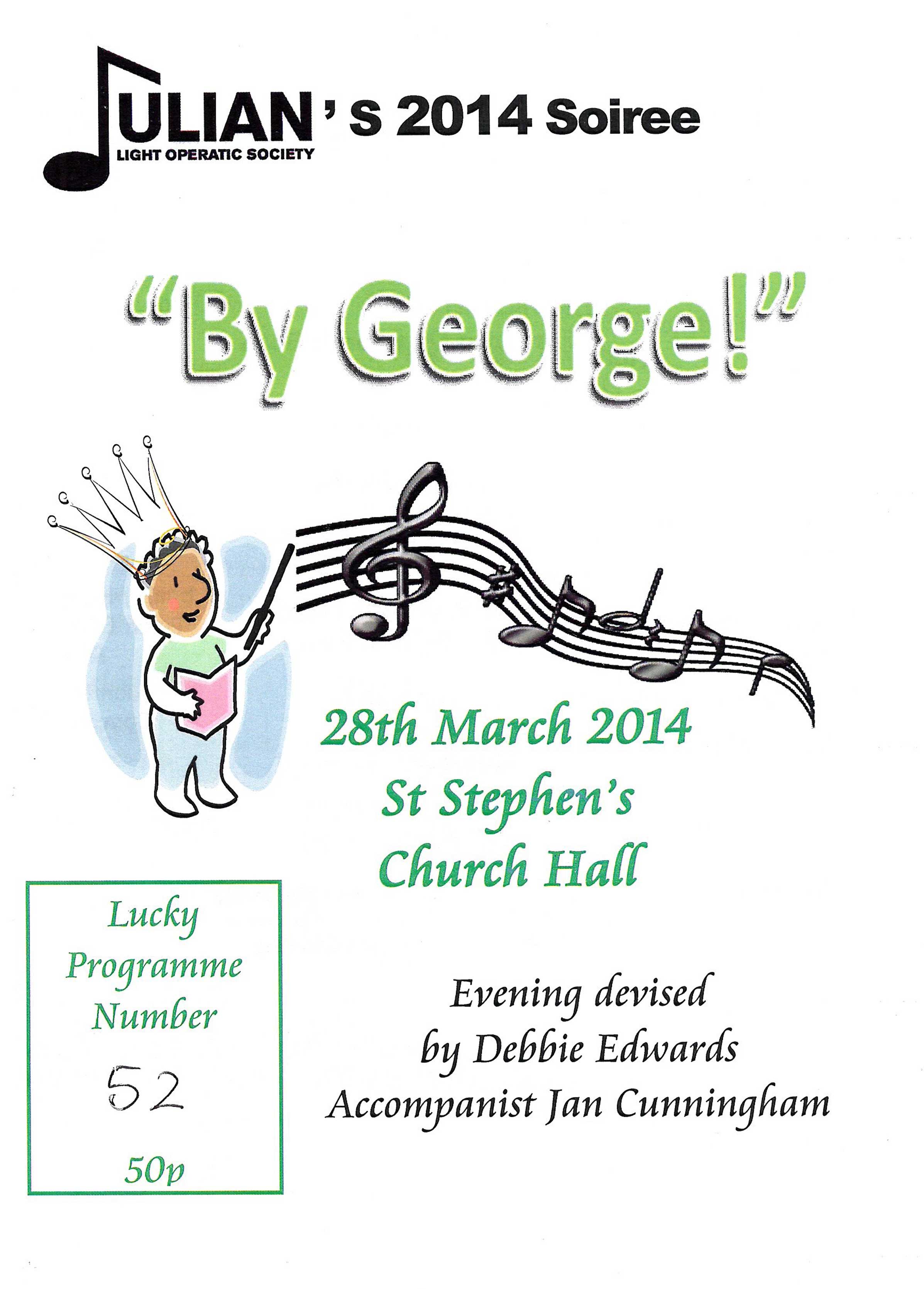 Other items included Jeux d'enfant, a piano duet by George Bizet played by Jan & Alan and Sunday in the Park with George by Stephen Sondheim 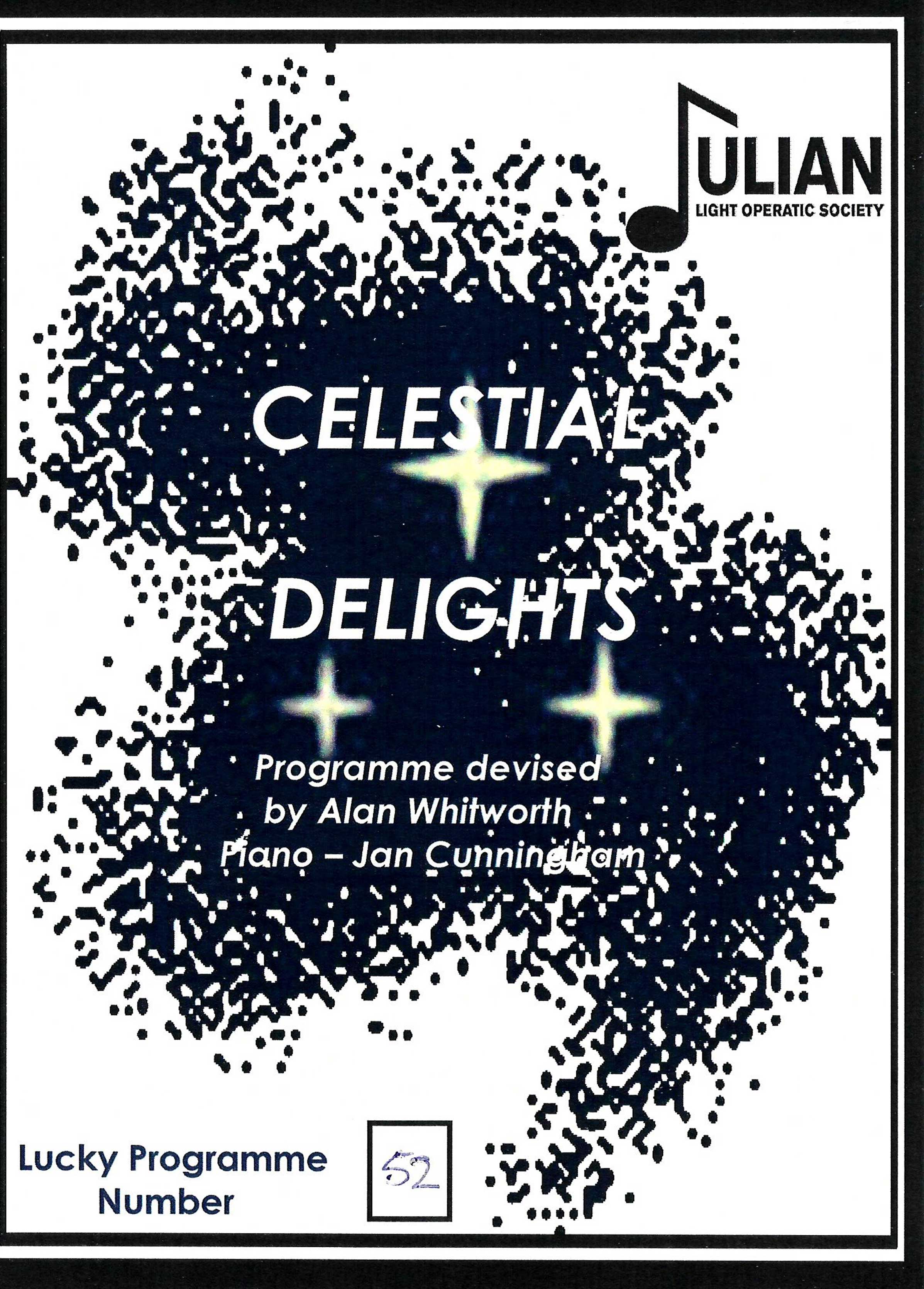